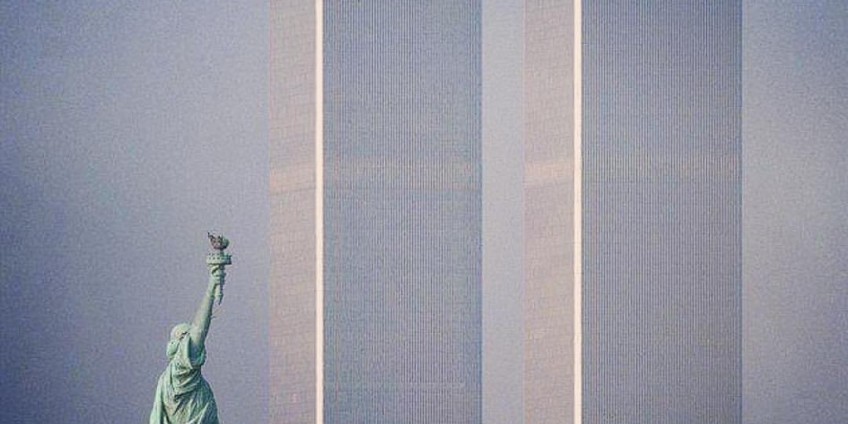 Fifteen years ago, I worked at a law office in Manhattan, four blocks from the World Trade Center. I remember that day as if it happened yesterday. I was preparing for work earlier than usual, as I wanted to stop in by Borders to pick up the newest cd by one of the Marley’s for my husband. Whatever the reason, at the last minute I decided to wait until later that day to get it and left at my regular time. The train ride was normal, nothing out of the ordinary as the A train traveled through the tunnels. As I got off at Chambers Street and approached the exit, I noticed a lot of people standing at the top of the stairs on the sidewalk. Immediately I was annoyed that they were blocking the exit and wondered what in the world were they looking at. When I fully exited, it was then I saw it and my heart sank. Both towers were on fire, smoke billowing out from where the planes hit.

I ran to the office, everyone was happy I made it okay. I quickly called my husband, who had already left his office on Long Island, to let him know that I was fine. He was barreling down the North State to get home. Hanging up, I went into my bosses office to watch what was happening, as her window offered a bird’s eye view of The Towers. I don’t know how long I stood there, but then next image is forever burned in my head. The top of the South Tower leaned to my right and then it collapsed. I screamed as I watched the thick clouds of smoke, dust and everything else funnel through the streets and the many people who were running from it. We all quickly left the building and ran to Canal Street, where many others had traveled. Police advised us to take the bridge. We were midway across the Brooklyn Bridge when the North Tower collapsed. Needless to say we all made it home that day, but thousands did not.

So on this 15th Anniversary, I want to take this day to remember all those that gave their lives on this day. You will never be forgotten. And, I will never forget. RIP to the fallen angels and heroes!